The force is strong with Disney Cruise Line! With the excitement of cruisers to last year’s Star Wars Day at Sea aboard the Disney Fantasy, the day-long celebration is returning to select cruises in 2017. Even better, these special Disney Fantasy sailings are expanding to both eastern and western Caribbean 7-night itineraries. They are only offered for a limited time on 15 sailings from early January through mid-April from Port Canaveral. 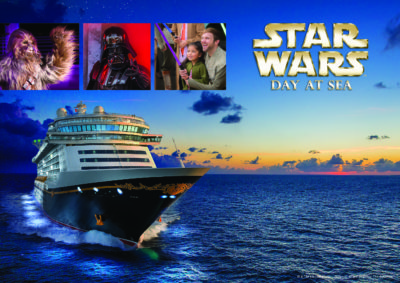 Each sailing features a full day of dark side and light side fun, including official appearances of Star Wars characters, a deck party and fireworks, Jedi training for kids, at-sea screenings of Star Wars films, unique food and beverage offerings, and special merchandise.

Younglings Use Their Power

For more information on one of these force-filled sailings click here.

Who is your favorite Star Wars character? Which sailing will you pick?  Comment below and let us know!