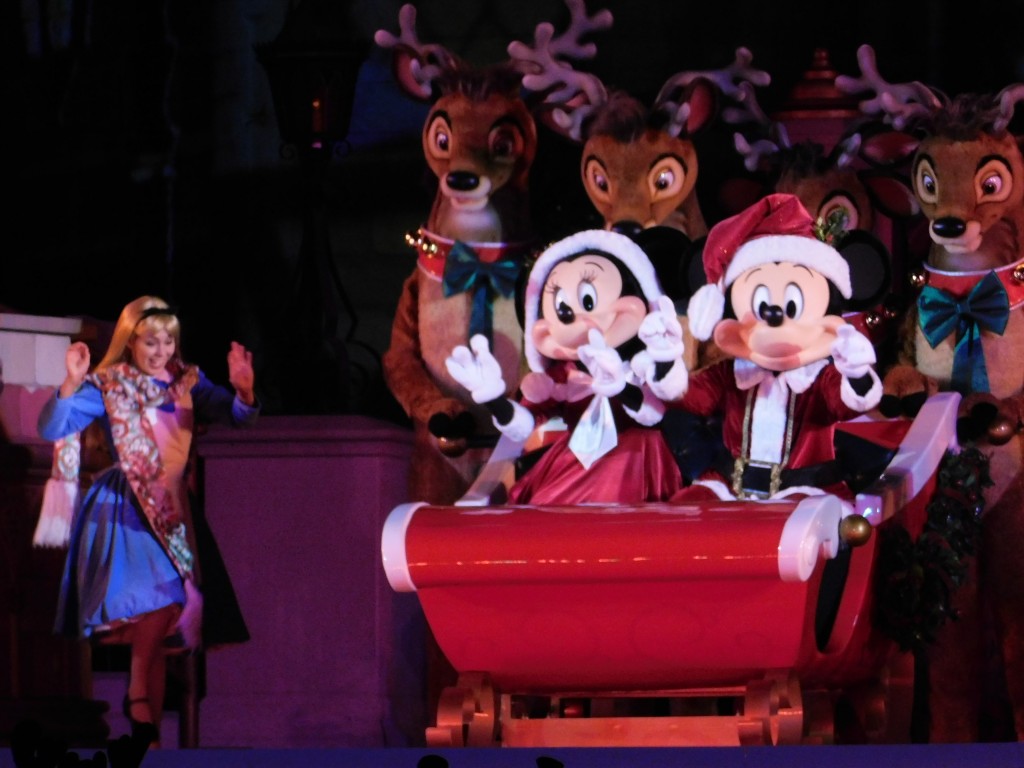 This past Christmas my family and I decided to attend Mickey’s Very Merry Christmas Party. The Christmas Party is held at the Magic Kingdom from the beginning of November until the week before Christmas on select evenings from 7 pm to midnight. As an added bonus, you can actually enter the park as early as 4 pm if you have a party ticket. Guests who do not have party tickets must exit the park at 6 pm.

The party is a great opportunity to spend the day sleeping in and relaxing at your resort or exploring Disney Springs before the party. My family and I did just that. We slept in and then caught the bus to Disney Springs for some shopping and dining before the party. After lunch, my husband and oldest daughter (12)  had reservations for The Void which is a Virtual Reality experience featuring Star Wars and Wreck-It Ralph.

My youngest daughter (6) had reservations at the Bibbidi Bobbidi Boutique so that she would be all dressed up for the party. After those two experiences, we met the rest of our group and walked the Christmas Tree Trail, which was a great way to get in the spirit for the party.

We boarded the bus from Disney Springs to our resort so that we could get dressed and ready to party and we were in the park around 5:30 pm to get a jump start on the Festivities.

You definitely need to have at least a rough plan when you attend the party. Are you interested mainly in rides and experiencing slightly shorter than normal wait times? Do you want to meet the rare characters want to experience the special shows, fireworks, and parade that make the party so special?

There were nine of us attending the party together so we did a little of everything. My younger 2 children wanted to ride some rides, so we rode Space Mountain, Buzz Lightyear, Winnie the Pooh and Tomorrowland Speedway throughout the party. As a last minute thought, my husband and father-In-law caught a ride on the Haunted Mansion right before park close

My oldest daughter LOVES to meet characters so as a family we met Stitch and then she, my husband and mother-in-law went off to meet Judy Hopps and Nick Wilde from Zootopia, Moana, and Captain Jack Sparrow.  You can also meet Jack and Sally from The Nightmare Before Christmas, The Seven Dwarfs and Snow White, the princesses with their princes, Tigger and Friends, Santa Goofy, Donald, and Scrooge McDuck, among others.

Then we all met back in Tomorrowland to catch A Totally Tomorrowland Christmas Party and the awesome acapella group that sang between shows.

We were able to find a spot for the fireworks in front of the castle. We weaved our way through the crowd about 15 minutes before they were scheduled to begin and found a great place on the curb on the left side of the castle that allowed us to see the fireworks and castle projections. Holiday Wishes, the fireworks show during Mickey’s Very Merry Christmas Party, is being replaced for the 2019 season and although it was fantastic, I can’t wait to see what Disney has in store for us next. No one does fireworks like Disney does fireworks.

After the fireworks, we moved closer to the castle stage and watched Mickey’s Most Merriest Celebration. This was a very cute stage show featuring Christmas music showcased via various music genres and don’t forget lots of characters.

Following the castle show, we found a spot near Liberty Square for the second and final parade of the night. The 2nd parade is often less crowded than the first and is much easier to find a spot to enjoy the parade. Much like fireworks, Disney parades are worth watching. The Christmas Parade has marching toy soldiers, with bugles and dancing reindeer. It’s quite entertaining.

The party is a fantastic experience.  Everyone from the youngest to the oldest had a great time, although my youngest children only made it until right after the fireworks. Thankfully, we had grandparents that volunteered to take them back to the room so that my oldest daughter, my husband and I could stay and enjoy the rest of the party. We stayed and closed the park and even did some late night shopping.

Party dates for 2019 have been announced.

Generally speaking, the November dates are usually less crowded than that December dates with the exception of the first party of the season and Tuesdays are the least crowded weekday. Tickets are non-refundable and can be purchased in advance and day-of. Prices range from $99 – $139 for adults and $5 less per ticket for children. The party is a great add-on to any trip and It’s a great substitute for a daytime ticket (especially if you have little ones).

Any of the great Vacation Planners at Starts With a Wish Travel can add tickets to your package and help you plan the best party experience for you and the rest of your family. 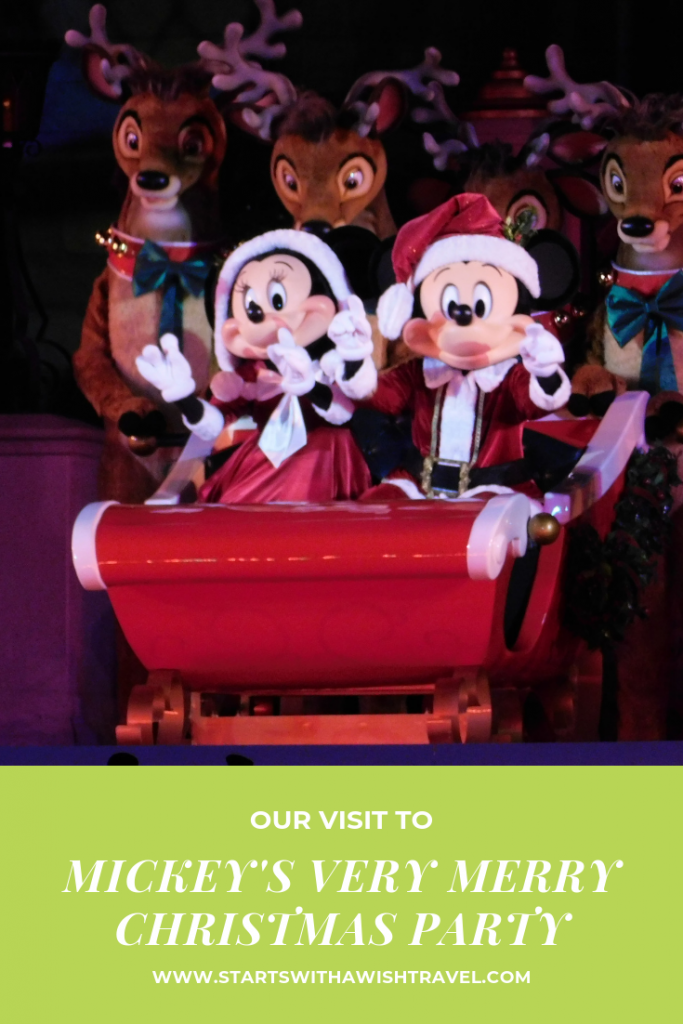